What will happen to schools ?: If Madhya Pradesh government decides to close primary schools till March, why Gujarat government does not take a decision?

Earlier, the Kejriwal government in Delhi had also decided not to start schools till March
Instead of confusing parents and students, the government should make a definite decision

Although the epidemic of corona in Madhya Pradesh is less than in Gujarat, the government has decided to close the Std. 1 to 8 curriculum till March, but the parents and students are in trouble as the Gujarat government cannot take any definite decision in this regard. As the situation of Corona in Gujarat is becoming serious, there is a demand that a decision should be taken about schooling as soon as possible. Parents say that the reason for the government’s delay in taking a decision on Std. No.

While the education department is in a dilemma regarding the issue of starting schools and examinations in Gujarat, the Madhya Pradesh government has issued an order to close Std. 1 to 8 schools till March. In view of this, the parents of Gujarat have also demanded that the state education department should take a decision with immediate effect in the interest of the students of Std. 1 to 8, whether the schools will start this year or not, whether the examination will be held or not. While regarding secondary and higher secondary i.e. Std, 9th to 12th schools, a definite decision should be announced instead of confusing parents and students. 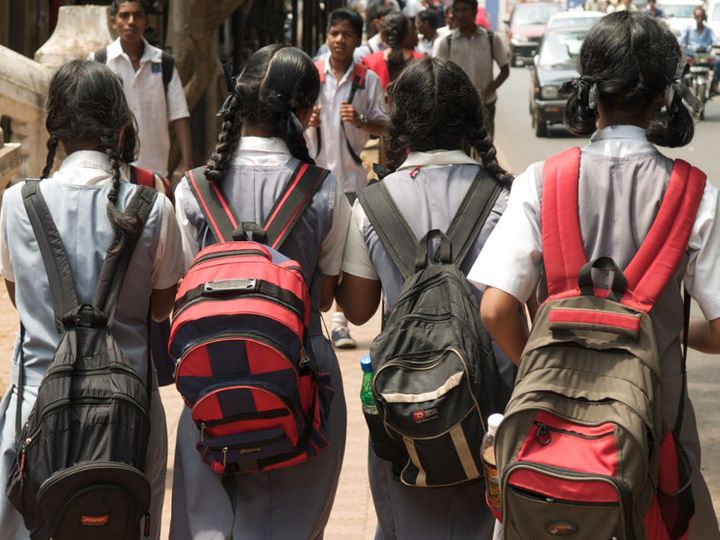 the decision to open schools from April 1 will also be taken according to the then status of Covid. Earlier, the Kejriwal government in Delhi had also decided not to start schools till March. In Madhya Pradesh, Std. Annual examination of students up to 8 will also not be taken, but promotion will be given on the basis of unit test-project work. Std. 10 and STD. Classes of 12 will start soon, while Std. 9 and std. Classes 11 can be called one or two days a week.

Bring a ‘No-Detention’ policy and opt for Mass Promotion
In the case of the final exams of the year, key government sources said that the government already has a ‘no-detention’ policy, the government can opt for mass promotion, while private schools are free to take online exams for assessment. We will give test papers to the students of government schools, the answers of which they will have to write from home, ”the chief minister said.

Even if schools open, there will be less than 100 days of study
Students are currently studying online after schools closed in March amid Corona’s chaos. Earlier, schools in the state would remain closed till Diwali, the government had announced. However, schools could not start even after Diwali. Studies are conducted online from March, but 60 per cent of students cannot study online, while only 40 per cent of children study online.

If schools remain closed after Diwali, students will lose more than 100 days of study and only 100 days for study. It is not possible to complete the entire course in such a long time. In this situation, Gujarat Education Board is also preparing to give mass promotion in Std. 1 to 9 and 11.

Consideration to take examination in three main subjects of standard 9 and 11
According to sources, if schools do not start by the end of December, students studying in Std 1 to 8 will have to be given mass promotions, while in Std 9 and 11, only three major subjects will be examined annually and the results will be declared. While the board’s standard 10 and 12 board exams will be held, there is a 30 per cent cut in the syllabus and there is a possibility that the exams will be taken by OMR method.