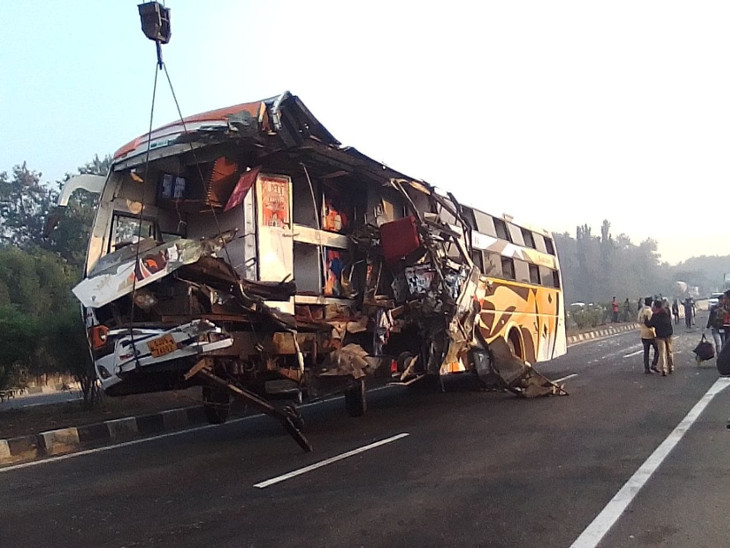 A tragic accident took place between a bus and a tanker on the Surat-Dhulia highway near Bajipura in Tapi district, in which three people were killed on the spot while seven others were injured. Mourning has spread over the happy occasion when Jaan’s bus got into the tanker. Police also rushed to the spot on learning of the incident. The bodies have been shifted to a nearby hospital for postmortem, while the injured have also been shifted to a hospital for treatment.

The road was buzzing with chitchats due to the accident

A luxury bus coming from Malegaon in Maharashtra to Surat for a wedding crashed on the Surat-Dhulia highway near Bajipura in Tapi district. Three were killed and at least seven were injured when a bus plunged into a tanker. The road was buzzing with chitchats due to the accident. People rushed to the spot when the incident was reported and police also rushed to the spot. The bodies were shifted to the hospital for postmortem and the injured for treatment. The three critically injured have been shifted to Surat Civil Hospital, including Naeem Haji Raseed Maniar (51, Kopar village, Maharashtra), Azhar Ajji Maniar (22, Ajan) and Noor Mohammad Fakir Mohammad. U.V.45. Nandurbar, Maharashtra). 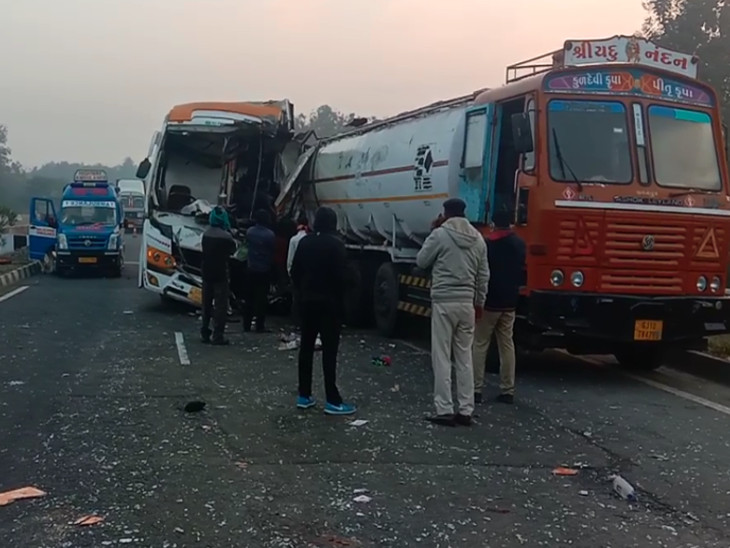 Swab pulled out the trapped one in an hour

The bus left Malegaon in Maharashtra at 11 pm. The groom was to take Madassir’s life to Limbayat in Surat. The passengers were asleep and the bus rammed into the tanker at 6:15 p.m. The accident was so serious that an ISAM was trapped in a luxury bus, which was pulled out at 8:30 a.m. and the man’s body was mutilated. The deceased have been identified as a husband and wife and another man.

The bus was carrying 35 executioners

Jam used to come from Malegaon in Maharashtra to Limbayat in Surat. The bus was carrying about 35 executioners. The driver was injured in the accident and has been shifted to hospital for treatment. While the other seven have also moved in the sense of being injured. While three injured have been brought to Surat Civil Hospital.

40 per cent hoe towards the conductor

It is estimated that the driver of the tanker parked on the side of the highway was not seen by the driver as the bus was at full speed. About 40 per cent of the bulldozer towards the conductor has been hit by the blast. However, the number of casualties is likely to be lower as there is a sleeper coach bus.

There have been accidents at the crash site before

An accident has taken place near the Mindhola river bridge. The accident took place earlier at this place when the bridge coming from Vyara was turning and the vehicle was going at full speed. The tanker was parked on the side of the road as it was damaged in the accident. The signal light was also started by the tanker. However, the driver of the bus rammed into the back of the tanker uncontrollably.