Gujarat to start 1 to 12 offline education by April and consider taking exams in June, summer vacation likely to be reduced 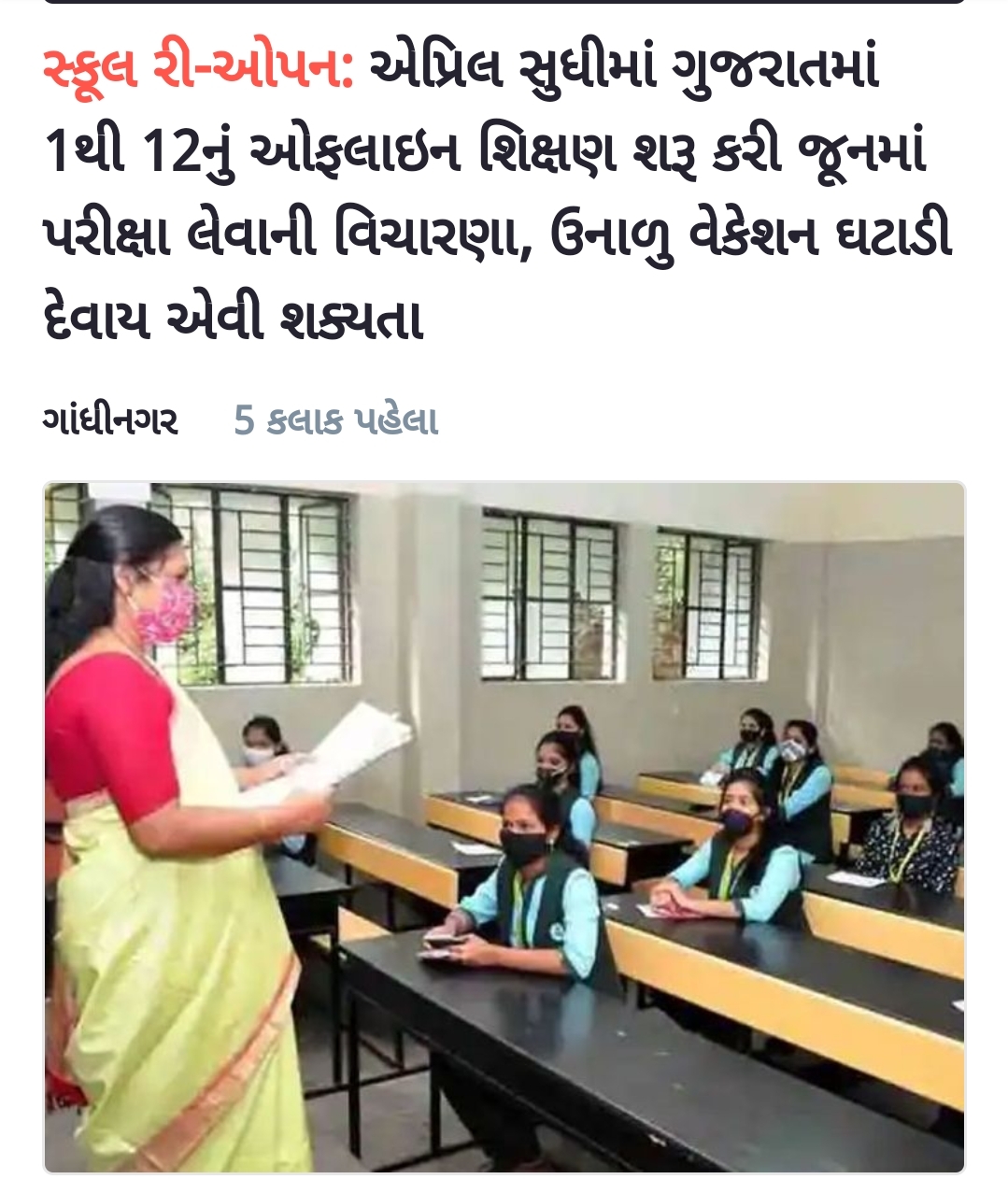 School re-open: Offline education from 1st to 12th in Gujarat by April, examination to be held in June, summer vacation likely to be reduced

The Department of Education has been activated to start offline education in Gujarat, which was discontinued due to Corona, with the introduction of Std.  The most important consideration is not to have a long summer vacation this year, only one or two weeks, as well as the exams for Std. 1 to 8 and 9 and 11 in June after taking Std. 10 and 12 exams in May.  It is learned that the education department is preparing a special academic calendar in this regard.

Following the declining case of corona in Gujarat, Std. 10 and 12 schools have been started from January 11, with no major setbacks and so far the educational work is going on as per the guidelines of Kovid.  The whole academic work is likely to be started. હવે ૩ થી 8 ધોરણમાં પણ whatsapp મા આવશે ટેસ્ટ.

Std.9 and Std.11 schools are likely to start from Monday

Preparations have been made to start schools for standard 9 and 11 from the beginning of February.  Has there been an outbreak of infection among students and teachers in the city or village where the incidence of Kovid-19 cases is high after the commencement of standard 10 and 12 classrooms from January 11?  A report with a review is being sought from the district education officer, on the basis of which a decision may be taken to start schools on Monday 25th January or Monday 1st February from 9th and 11th. 26મી જાન્યુઆરીએ એમેઝોન માં આવે છે મોટો સેલ. જૂઓ કેટલું ડિસ્કાઉન્ટ મળશે

Schools for primary education from Std. 1 to 5 may start from April

Due to Corona, when the board exams are scheduled to be held in May this year, the education department may start schools for Std.  Examinations for non-board standards will be held in June.