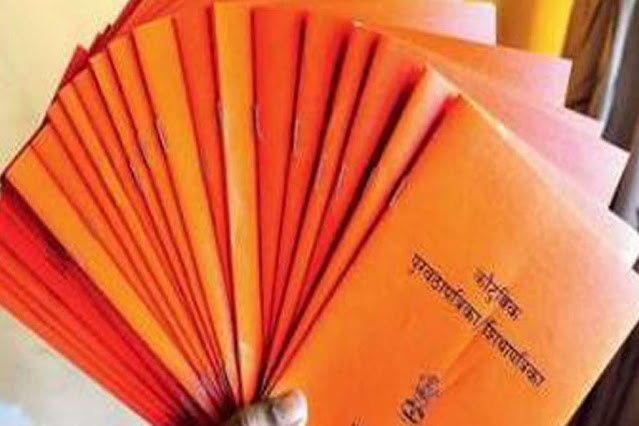 Do this work before January 30, otherwise the ration card may be canceled

Ration cards are being made in many states of the country following the action order of the central government. If someone’s ration card has been closed or canceled or not for any reason, people can make a ration card by January 30. The work will be done at the District Supply Office in Uttarakhand, while online applications can also be made in states like Uttar Pradesh and Madhya Pradesh. Ration card can also be canceled if the documents are not valid.

ALSO READ :- These 5 things that live in the house, Ma Lakshmi can never get away from there

How to become a suspended ration card

The Modi government’s dream project ‘One Nation One Ration Card’ has been implemented in the country. As a result, many illegal ration cards have been canceled. But those who have not submitted proper documents and their ration card has been canceled need not fear. These people can contact the supply office and reactivate the ration card.

ALSO READ :- Gujarat to start 1 to 12 offline education by April and consider taking exams in June, summer vacation likely to be reduced

In which states are ration cards being made?

Ration cards are being made in states like Bihar, Uttarakhand, Uttar Pradesh and Jharkhand. If one does not have a ration card or a new name is to be added,

then the applicant has to apply online or from the PDS center of the panchayat. However, Aadhaar card number, mobile number and other required information will have to be given in the form.