Ambulance accident: Gadhvi family carrying son to Kutch for treatment in Ahmedabad had an accident, 3 including father and son died, patient rescued

The Gozaro accident took place on the Kutch-Ahmedabad highway near Patiya in Dhanala village of Halwad taluka on Friday midnight, in which an ambulance driver lost control of the steering wheel and overturned while taking a burnt member of the Gadhvi family from Kutch back to Kutch. Three people, including the father and son of the Gadhvi family of Kutch, were killed in the tragic accident, while two people, including an ambulance driver, were shifted to Morbi for further treatment after sustaining serious injuries. Following this incident, the Gadhvi family is in a state of panic. 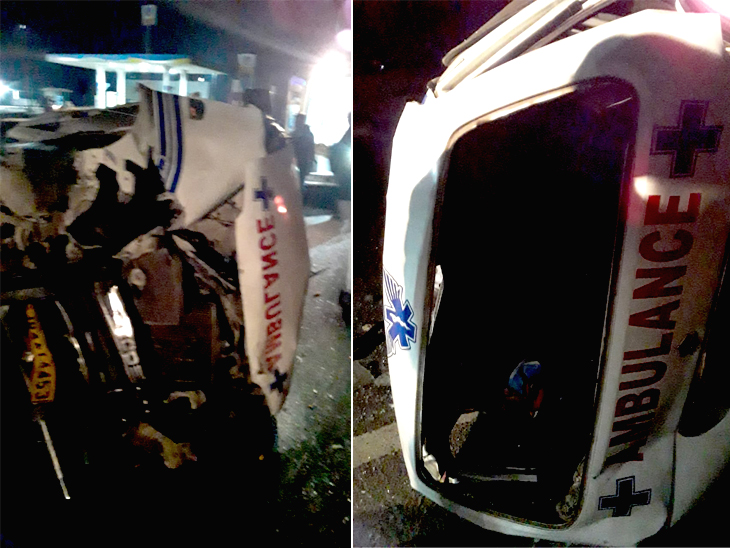 The injured were referred to Morbi
According to the details of the Gozara accident, the Gadhvi family of Kutch was returning to Kutch by ambulance after taking leave from the hospital after treating the burnt youth at Ahmedabad Hospital late last night. The ambulance driver lost control of the steering wheel near Patiya in Dhanala village near Halwad, causing a serious accident in which three persons, including a father and son, were killed. Two people, including the ambulance driver, sustained serious injuries and were later referred to Morbi for further treatment.

The family members were called Halwad
The bodies of the three deceased were shifted to Halwad Government Hospital for PM. Following the incident, Halwad police rushed to the spot, contacted their families and called them at Halwad. Further action has been taken against the deceased at Halwad Government Hospital. Further investigation into the incident is being conducted by Girishdan Gadhvi of Halwad police station. 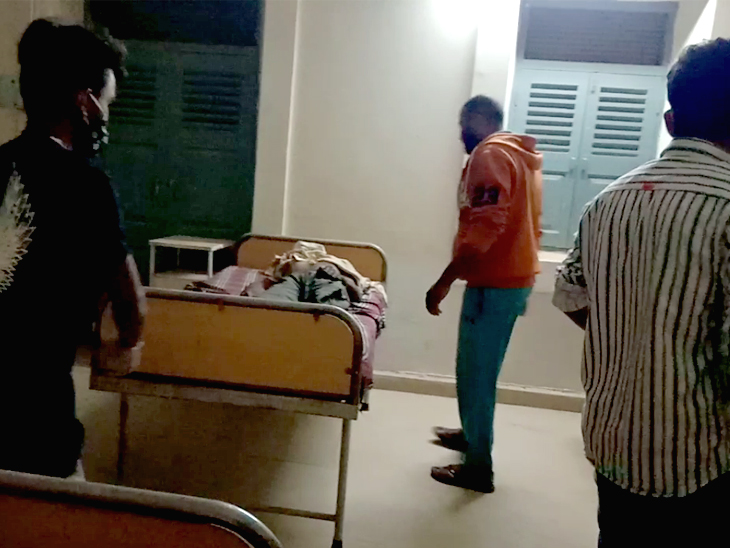 Miraculous rescue of the patient
Shyambhai, the 14-year-old son of Valjibhai Gadhvi, who died in the accident, was rushed to Ahmedabad for treatment after being burnt in a short circuit in the windmill wire, in which Valjibhai and his father, his brother and his brother-in-law went with him. However, after receiving treatment in Ahmedabad, Shyam had to be referred to Mandvi for further treatment, so he took an ambulance from there and returned to Kutch. Then an accident took place near Dhanala’s Patiya. However, Shyambhai has miraculously survived.