RE-CONSTRUCTION: In Surat, a 24-year-old man assaulted a 10-year-old girl, took her to an unoccupied place under the pretext of Vadapanu, tried to rape her after she killed him with a bang

A 10-year-old girl from Premnagar in the city’s Pandesara was abducted and murdered on Monday afternoon by a 24-year-old man living in the neighborhood with the intention of raping her teeth. Pandesara police have arrested the accused neighbor Dinesh alias Pradeep alias Dingya Jibho Baisane (age 24). Pandesara police along with the accused carried out the reconstruction of the Rakhi incident, in which the girl was taken to an abandoned place under the pretext of giving her a headgear, after the girl tried to rape her after killing her with a boomaboom.

The whole sequence of atrocities committed against the girl
A 10-year-old girl studying in Std 4 went missing in Bhedwad-Premnagar of Pandesara on Monday afternoon, so the family conducted a search and informed the police. The girl was lured by Dinesh, who lives in the same neighborhood, to give her a head. The girl was taken to a snack shop near Bhedwad Dargah. He then reached Laxminarayan Industries near BRC, Udha BRC in an autorickshaw from Naka of Premnagar slum. The vacant lot at the back of the Industries was taken to a place where a large amount of grass has grown. 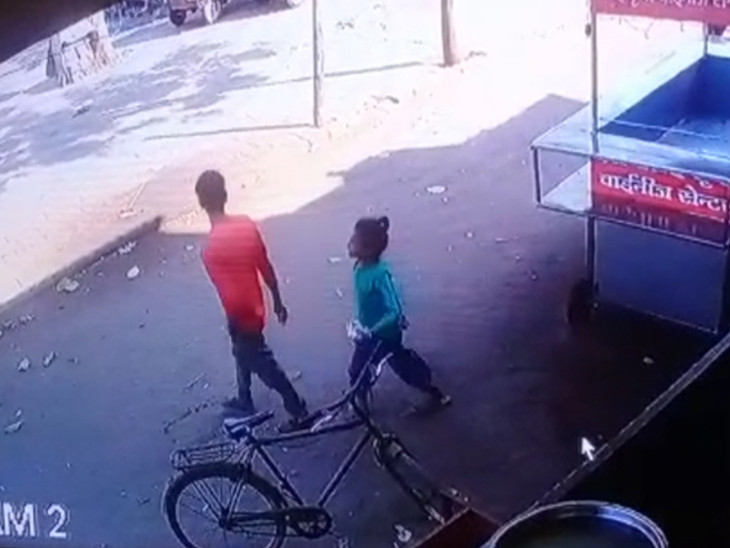 Extremely cruelly killed Masoom
As the wind blew towards the tall grass, the baby screamed as he suspected something had happened to him, so Dinesh pressed the girl’s mouth and then the girl bit her right hand. Bala bit so hard that Naradham was forced to take three to four stitches. The girl resisted with a bite and for fear that someone would come as she continued to boomaboom, she was knocked to the ground and strangled after hitting a brick on the head.

After brutally killing Masoom, the young man tried to satisfy his lust, but with a head injury, he fled and returned home for fear of being seen committing a heinous act with the blood-soaked body of Masoom. Following Dinesh’s confession, the police have also added a misdemeanor clause along with kidnapping-murder. 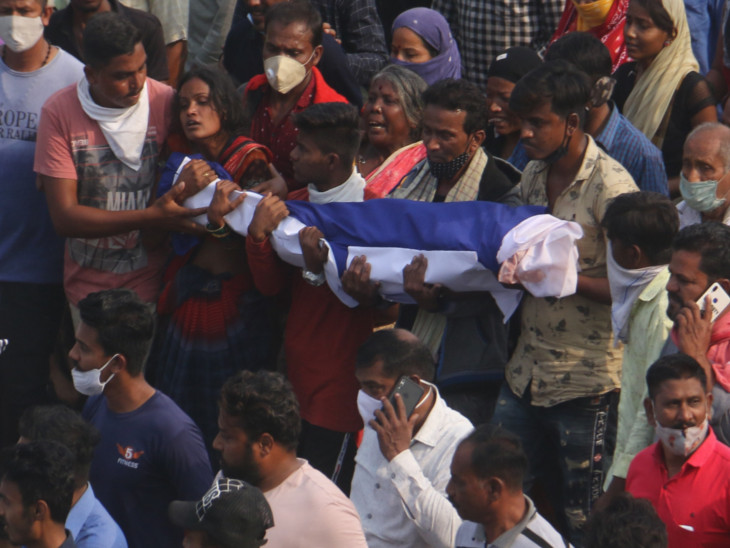 Police searching for the rickshaw puller
Dinesh Baisan, who abducted the child on the pretext of giving him the head with the intention of committing a crime, initially turned the police on their heels. The accused initially retorted that he had committed the murder at the behest of his friend Anand, but confessed that he had gone to Udha BRC in a rickshaw after being handed over to the police in a genuine mood, prompting police to search for the rickshaw puller based on CCTV camera footage. Pandesara police, along with the accused, rebuilt the incident. Attempts to obtain forensic evidence have begun. Will appear in court tomorrow.

To escape, the accused stated 17 years of age
Accused Dinesh said he was 17 years old to escape from the police. Police seized some evidence from his home, which revealed he was 24 years old. Dinesh is a native of Amalner in Maharashtra and works as a laborer in Pandesara.